Pros And Cons Of Being A Flight Attendant

There are pros and cons of being a flight attendant and in my opinion, the pros far outweigh the cons. It’s best to go into the career with your eyes wide open.

If you want to know only the AMAZING things (those incredible perks that come with the job) about being a flight attendant, check out 10 Awesome Benefits Of Being A Flight Attendant.

In this post I want to highlight a few perks that come with the job and a lot of the drawbacks to being a flight attendant, the parts of the job that most people really don’t talk about.

What Challenges Do Flight Attendants Face?

Flight attendants face all kinds of challenges every day on the job. With delayed flights, unruly passengers, and long days, flight attendants have so much to deal with on a daily basis.

However, one of the biggest pros of being a flight attendant is that you can leave your problems on the plane when you leave.

So many times in an office setting you may have coworkers that you might not particularly care for, and as a flight attendant you are always working with different people, so each day is a chance to make new friends and enjoy new crew members.

There are pros and cons for being a flight attendant concerning your pay. It really comes down to what stage you are at in your career.

In the beginning of your flight attendant career, the pay is low which of course is a con. However, if you choose a well paying airline, the more years you move up in seniority, so does your pay. Many flight attendants enjoy making six figures per year, and that is one of the best perks that come with the job.

You May Also Like: Poverty Or Riches – How Much Do Flight Attendants Make In 2022

Working Holidays As A Flight Attendant

Working holidays is a pro for some flight attendants and a con for others. Before you accrue enough seniority as a flight attendant you can expect to work almost every holiday. If you have family that you want to spend every holiday with, it may not happen for a while.

Some flight attendants like me enjoy working holidays. Depending on the airline, you could earn holiday pay, and sometimes that pay is double and even triple your regular pay.

One of my best working Christmases was when I worked a trip to Jamaica and stayed at a resort for the holiday. So if you have to work on Christmas, there is definitely a chance that you can work a great trip with a fun layover.

If you have children, you can choose the day you will celebrate the holiday, it doesn’t have to be on the exact calendar date. My kids love getting to have two Christmases, instead of just one.

As a side note, after new parents have a new baby,  they have the option to take an entire year off to stay home.

Being on reserve is being on call according to operational need. You don’t get to choose where you go, but you do bid for days off when you are a reserve flight attendant.
Reserve can be tough because you work all kinds of shifts, and you are the mercy of crew scheduling. As a reserve you don’t have control over much, but you can get some of the best trips last minute.
Reserve is a very exciting time in your career, and hopefully you can accrue enough seniority to not be on reserve for too long.
Working 100 hours a month on reserve is much more difficult than working 100 hours when you are holding a line.
A line holder is someone who can bid for trips. Once there are enough reserves beneath you in seniority, you become a line holder.
Different airlines have different reserve systems, but one thing remains the same for all airlines, seniority is everything.
As a line holder you can have a lot more flexibility and control over your schedule. With enough seniority, you can work as little (unless there is are minimum hours stated in the airline contract) or as much as you like (as long as you stay within the FAA rest guidelines).
The difference between being on reserve and being a line holder is so vast that it’s like working at two different airlines within the same company.
The bright side is, that with enough seniority, every reserve flight attendant will eventually be a line holder.
You May Also Like: Flight Attendant Reserve – What Is It & What Important Things Do You Need To Know?
Is Being A Flight Attendant Bad For Your Health?

I think health issues are one of the biggest drawbacks of being a flight attendant. You are always changing time zones, you end up eating a lot of airplane food, and you are trapped in a metal tube with sick people for hours on end.

I will say that after your first year flying you will have an immune system that can withstand almost anything.

But do you want to know what you are more prone to as a flight attendant? Cancer

It’s really devastating because flight attendants do get cancer often because they are exposed to cosmic radiation and the closer you fly to the poles in an airplane the higher the radiation.

One of the best things to do to protect yourself from cancer is to have a flight attendant side hustle so you can take some time off for self-care.

Sleeping right, eating right, getting exercise and getting cancer screenings will help you stay on top of your health.

Passengers Onboard The Aircraft

Passengers that you meet can be both pros and cons of being a flight attendant.

However, things have gotten volatile up in the air. Some passengers have gotten violent, and have been taking it out on flight crews. As a flight attendant you can often become a target. People get angry about things that are beyond your control, and behavior can escalate quickly.

Having said that, the FAA has announced they will make permanent their “zero tolerance policy” so that unruly passengers who interfere with crew members can be fined up to $35,000 and be imprisoned. That’s a win in my book, don’t you think?

Turbulence – One Of The Drawbacks To Being A Flight Attendant

When I first started flying there were seasons of turbulence, but now? Turbulence is a year round thing.

I have been injured in turbulence, it’s dangerous and can be life altering. We can’t see clear air turbulence coming, but pilots can inform other aircrafts about where they encountered it, which helps.

I’ve been in severe turbulence more than once. How I can describe it is that if feels like a giant grabs the wings of the airplane with each hand and shakes the airplane as hard as it can.

Once when it happened I flew up into the air and landed on the floor and got the wind knocked out of me. I was in the middle of the service, and the turbulence was not forecasted so it came without warning.

But forecasted turbulence? We know it’s coming and if it’s moderate or worse, getting someone a coke isn’t as important as sitting down and buckling up.

Substance Abuse – The Dark Side Of Being A Flight Attendant

There is alcohol everywhere, and no shortage of flight attendants who want to party. This job takes you away from home a lot, you miss a lot of time with your family, especially if you commute, and if you are not well grounded, you could quickly turn to alcohol.

I’ve never been an alcoholic, and maybe my reason can help somebody. It’s nothing spectacular. I’m vain, and I’m careful with money. I’m the kind of person who gains weight when looking at fattening food.

I’m primarily a water drinker because it has no calories. I’d much prefer to eat any calories than drink them. I also don’t spend money on things that are not a necessity or a luxury. That’s it. That’s what has kept me away from alcohol my entire life.

So even when someone wanted to buy me a drink, I said no because I was not too fond of the extra calories. 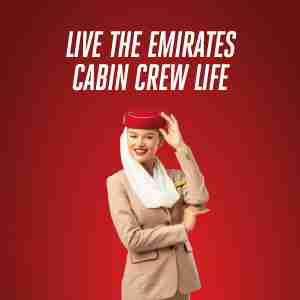