I know it’s a strange concept for most of the world to believe because non aviation people are always surprised when I tell them how I get to work.

I spent years commuting from Honolulu to San Francisco and when my kids were little, I would commute home up to six times a month. I’d go home for a few hours just to tuck them into bed if I could.

Commuting that much was like having a second job. These days I still commute, but my commute isn’t as far, and I only commute once or twice a month.

When you want something bad enough, you will figure out a way to make it work.

You may also like: 9 Pros and Cons of Being A Flight Attendant – The Harsh Reality

Are You Willing To Relocate?

When most airlines ask if you are “willing to relocate” it doesn’t mean relocate to one place forever.

Most flight attendants start out on reserve, and while commuting is doable, you probably won’t be home as much in the beginning of your career.

If you have a family, and the family is onboard for relocation, that’s great. But if not, you can still keep your life, but now you will have two.

Commuting flight attendants kind of live a “double life”. They have one life at home with their family, and that other life as a flight attendant. Sleeping in hotels, living out of a suitcase, and most likely staying in a crash pad.

The double life makes it easier to be away from home while you work, see the world, and provide for your family.

Commuting As A Flight Attendant

Commuting as a flight attendant is easier once you are off of flight attendant reserve. You can put all your trips together, work and then go home. Or, you can commute once a week, twice a month, whatever works for you.

If you have an “easy commute” that is nice and short, you can commute more often. But if you live more than a few hours away by flight, you may want to commute less.

Some things that making commuting as a flight attendant difficult:

Some airlines have agreements that you can fly for free on other carriers for commuting flight attendants. This works out great if you live near a hub for another airline that has multiple flights per day to your base.

For example, if you are a flight attendant working for United Airlines based in Newark, but live in Charlotte North Carolina you may not even be able to get to work on a United flight.

United only flies RJ Jets going to Newark from Charlotte, as opposed to flying on American Airlines who’s using bigger aircrafts en route to Newark almost every hour. The reason for that? Charlotte is a hub for American Airlines, so they have more flights on larger airplanes out of that airport.

Commuting flight attendants get really creative to get back and forth from work. If you want to be a flight attendant and not completely relocate to your base city, you can find a way to commute that works for you.

How To Commute As A Flight Attendant

As a commuting flight attendant there are different ways you can get to work, you can:

Create your listing – Each airline has their own internal system for employees to list for the ‘non rev’ (non revenue) standby travel. Standby is exactly what it sounds like. You get added to the standby list and hope that your name is called for a seat. (Or wait to see a seat assignment next to your name on the airline app.) 😉

You will be listed in seniority order (at most airlines), and that’s how the extra seats are awarded.

List for the jumpseat – If you can’t get a seat in the cabin, you may be able to get a flight attendant jumpseat.

This works out great because the only employees in the company that can list for the extra jumpseats in the main cabin are the flight attendants.

Buy a ticket – If the seats are looking iffy, and you may not get a jumpseat, there is another thing you can do and that’s buy a ticket.

I buy tickets as a flight attendant. Most airlines offer their employees discounted ticket prices. If you are commuting around the holidays, spring break, or any other time the flights are looking full, save yourself the hassle and purchase a ticket.

Buying a ticket helps too because revenue passengers are also often on the standby list, and paying customers come before employee free travel obviously.

If you are a member of the airline’s reward program, you can rack up some miles by purchasing tickets and by using your airline credit card which is also an advantage.

Sure, I’ve bought tickets only to find that the flight wasn’t full. But for the peace of mind I get knowing I had a confirmed seat to work? That is priceless.

How Do Flight Attendants Commute To Their Base?

Depending on the how full and how often the flights go each day from a flight attendant’s home airport to base determines how much time is needed to commute to their base.

Living in Hawaii and traveling forward in time to California, I almost always would have to commute the day before my trip.

A lot can happen and a lot of things can go wrong on your commute like cancellations, mechanical delays, weather delays, or any other problem that can happen at a moments notice.

Not to mention Hawaii is one of the most difficult commutes system wide. It’s not too difficult to get to Hawaii as a non rev, but it can be really difficult to get back to the mainland and I have no idea why.

Some flight attendants may be working a late trip and don’t have a far commute with lots of flights between their home airport and the airport where they are based. For that type of situation, flight attendants can commute in the day of their trip.

If you live on the East coast and commute to the West coast you may even sometimes be able to commute the day of your trip too. When you travel East to West you go back in time and that helps a lot. Going home you are losing time, but at least getting to work you have a few extra bonus hours to get there.

You May Also Like: How To Become A Flight Attendant – The Ultimate Guide

If you would like to commute as an American Airlines flight attendant, they have a decent commuter policy.

In order for the commuter policy to remain in place, flight attendants must be designated as commuters via the company intranet and list from an airport that is served by American Airlines or its wholly owned carriers.

The first three unable to commute instances will not result in discipline or be dependability infractions as long as the flight attendant has the proper documentation to show their supervisor within 7 days.

Untied Airlines has a nice commuter program for flight attendants. The program is quite comprehensive, but we will focus on the part of the program that allows flight attendants to list for two flights prior to the beginning of their assignment.

A Flight Attendant commuting by air will notify Crew Scheduling that they will be utilizing the back-up flight immediately upon discovering that she/he is unable to commute using the primary flight, regardless of the reason for such inability .

I used both American & United’s flight attendant commuter policies so that you can see they are quite similar, but not exactly.

United’s commuter policy is actually better because there is no limit on how often you can use the commuter program, where American limits their flight attendant’s to use the policy only three times. Not only that, but you don’t have to list as a commuter at United Airlines like at American.

Airlines know that flight attendants commute. So if you were considering becoming a commuting flight attendant but where not sure how difficult it would be, you can see that because of the policies in place, not only is commuting possible as a flight attendant, it’s also quite manageable.

Can You Commute As A Flight Attendant?

You can definitely commute as a flight attendant. As a reserve flight attendant commuting is a little more difficult because you only know the days you work in advance, not the trips you are going to be working.

As a reserve flight attendant you need to be in base for all of your reserve days. Unlike flight attendants who hold a line of flying, they can commute home after each trip if that is something they would like to do.

What Does It Mean To Commute As A Flight Attendant?

Can A Flight Attendant Live Anywhere?

Flight attendants do live all over the world, even in different countries than where they are based, but they do need to have flights that can connect them easily to their base or it’s too much effort.

I wouldn’t want to live two or three airports and a train ride away from my base. It would be too much trouble to get to and from work.

However, airlines do have multiple bases so you can usually find a way to commute to work from almost anywhere.

Do Airlines Pay For Commuting?

No, airlines do not pay flight attendants to commute.

Can I Commute While On Reserve?

You can, but as a reserve you will be need to be in position (at your base) prior to the start of your reserve period. As a reserve, you will need either an apartment or a crash pad

American Airlines fired 50 reserve flight attendants for not being in position at the start of their reserve period. Why would they gamble? Because reserves don’t always get used, and they took a chance they wouldn’t get called.

Where do you stay as a commuting flight attendant?

As a commuting flight attendant you can stay at a hotel, at a crash pad, or even with a roommate or your own part time apartment in the city where you are based.

Want An Amazing Career In Hospitality? 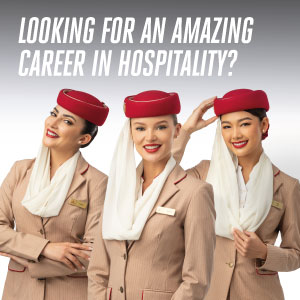 We are looking for exceptional people to join our award-winning team to provide service that goes the extra mile. In return, you’ll get a chance meet people around the world as well as a competitive tax-free salary and excellent travel benefits for you and your family.  Learn More 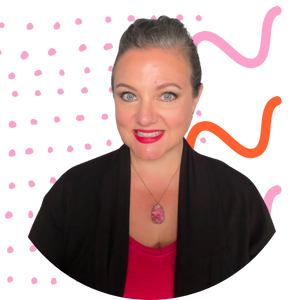